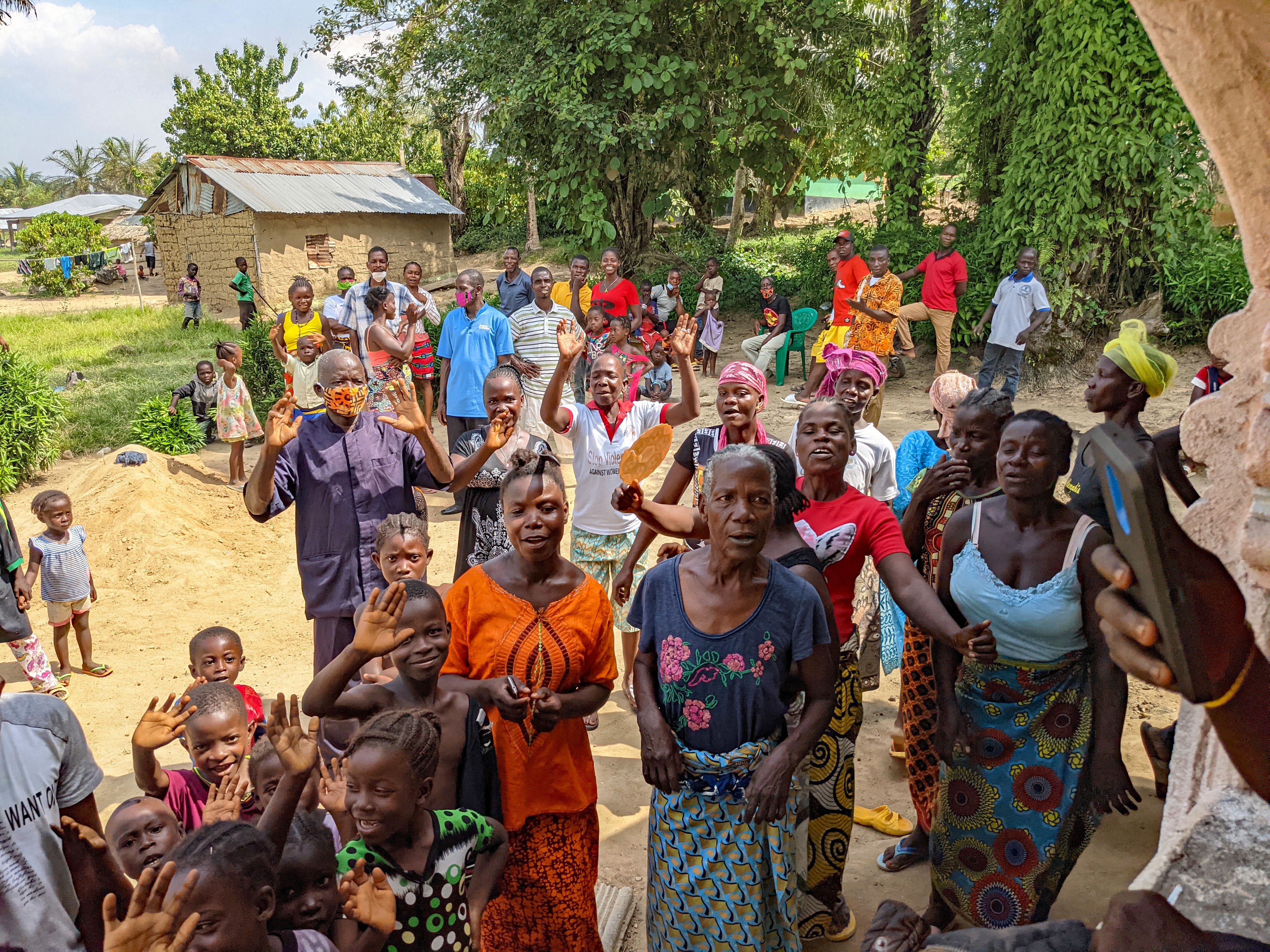 After 27 hours of flights, connections, queues, and repeated COVID tests, I had arrived! Let me paint the scene. Imagine a small airport with multiple jumbo jets landing simultaneously. All those passengers must pass through a singular gauntlet showing their passport and negative COVID test to proceed to their connections. There is a cacophony of different languages spoken, no identifiable line, and definitely no social distancing. Then, from amidst the chaos, a man makes his way toward me through the crowd and says, "Here, you dropped this back there," as he hands me my COVID test certificate. I fight off a panic-induced heart attack, and I thanked him. Soon after that, when my heart returns to a normal rhythm, I recognized ​his kind deed as the first God sighting of my trip to Africa, one of many to come.

My name is Dwight Nichols, Director of Missions at Grace Presbyterian in Plano, and as part of our Clean Water Ministry, we have been working with Living Waters for the World for over ten years. In 2018, we were invited to share our ministry at the Men's Retreat hosted by Mo Ranch. And it was there in the beautiful Texas hill country, PHPC Member Albert Zuo attended our breakout session.

Born and raised in a small village in the African nation of Liberia, Albert immediately saw what access to clean water could do for the community of Gwealay. Why is clean water the answer? The World Health Organization (WHO) estimates that nearly 1 in 4 people globally do not have access to safe drinking water, sanitation services, or proper hygiene. In Africa, this translates to over a million deaths per year due to water and food-borne illness across all ages, but especially infants. Without these basic needs, it is impossible for families and even entire communities to have hope of rising above the systemic poverty they have lived with for generations. From that day in the summer of 2018, Albert has worked diligently to bring this project to fruition.

After a few restorative hours of sleep in an airport hotel, I was met up by members of Albert's family. Together we began the second stage of my journey, first a 5-hour drive from the Liberian capital of Monrovia to Ganta. Then I was introduced to Preston, my motorcycle driver, who would be my partner in the last two-hour leg of my journey to Albert's village of Gwealay. We started this ride on a paved road that turned to dirt and ultimately became a trail through the jungle. We passed through two other villages on the way, leaving the conveniences of electricity and indoor plumbing behind. While riding on the back of Preston's motorcycle, especially on the return trip as both a storm and twilight approached, I said to myself more than once, "Oh please, Jesus, take the wheel," and He did. Again, God was there.

Upon our arrival in Gwealay, we were greeted by over a hundred villagers with much singing, dancing, and prayer. I could not say enough about how welcoming, gracious, and appreciative they were. We had long and substantive meetings with two village elders, Cooper and Moses, and school teachers. We spoke about the size of the village, their access to and use of local water resources, the health problems they face, and the role the teachers would play in the health education program. We gathered water samples from their three existing wells, along with the water from two local 'creeks' for comparative purposes.

The water testing we performed in-country revealed the possibility that two of the wells, both over 100 feet deep, produced water that is safe to drink. More comprehensive laboratory testing back in the US confirmed this to be true. Unfortunately, the well that serves both the school and the eastern fourth of the village tested positive for various pathogens. This problem is further compounded by the fact that even though this well is only 38 feet deep, being the nearest to one of the creeks, it is the only well that produces water during the peak of the dry season.

We can solve these problems by installing a standardized LWW solar-powered clean water system that would also serve as a community power charging station. This, along with the effective implementation of health education programs, will dramatically improve community health and support a brighter future for the village. The joy and hope expressed in everyone's bright eyes and smiles made it challenging to say goodbye but made it clear that they are rich with the true Living Water, and God is at work here.

Based on the findings from my trip, the PHPC Mission Council approved our funding request to provide the means for a clean water system installation. Per Living Waters for the World practice, the village of Gwealay will enter into a covenant of cooperation with PHPC. Then Albert, myself, and a team will travel back to Africa to install the new system. This along with education in health and hygiene targeted for early next year. This truly is the Body of Christ working together to change lives.

Living Waters for the World began in the 1990s as a regional ministry of the Synod of Living Waters (PCUSA) to serve those without access to clean water in the Appalachian regions of Kentucky, Tennessee, Mississippi, and Alabama. Since those humble beginnings, Living Waters for the World (LWW) has become a self-sufficient worldwide organization that trains volunteers to establish and lead clean water mission teams that partner with communities to implement and operate sustainable water purification systems and health education programs. 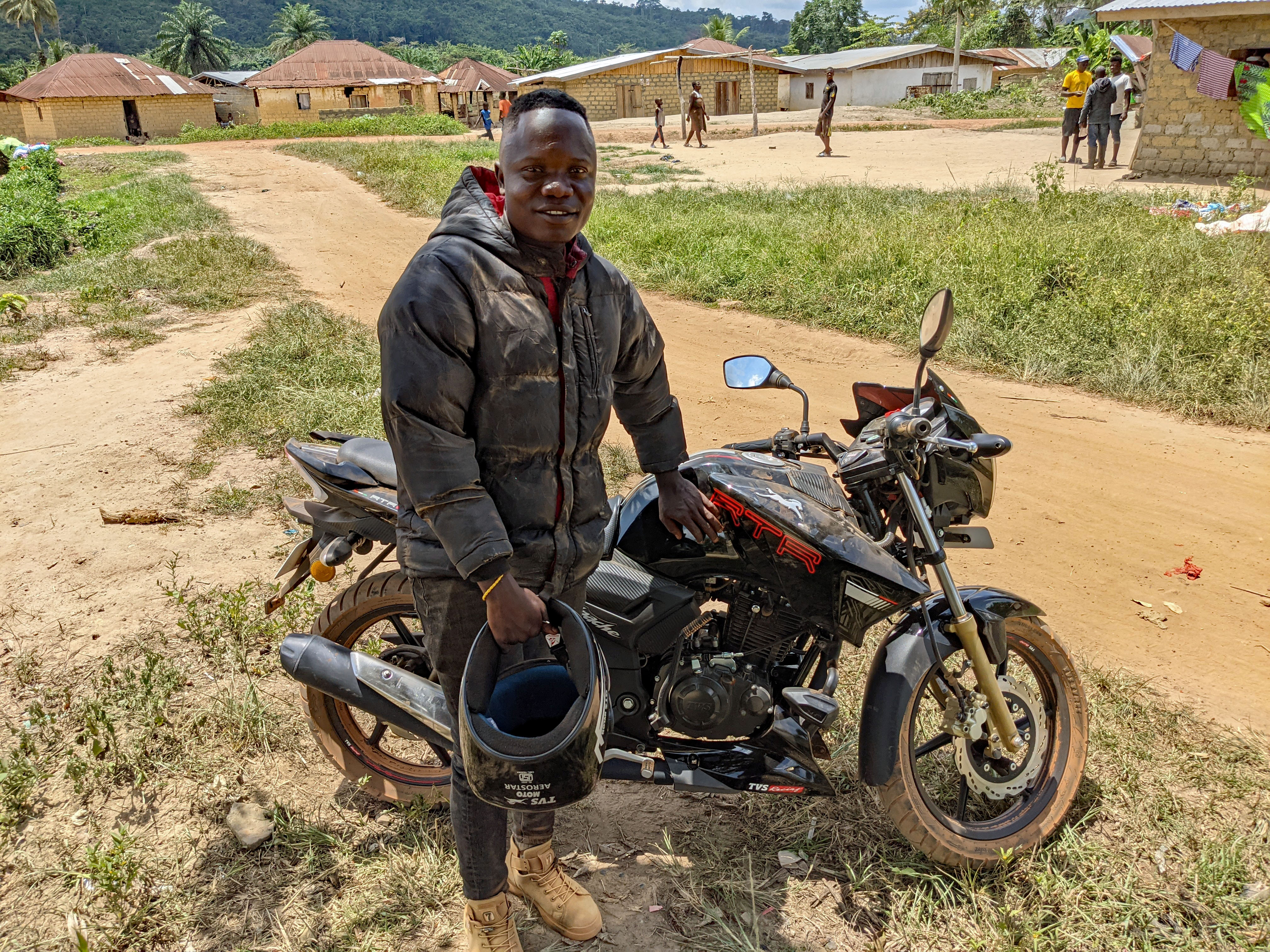 Preston with his Motorcycle 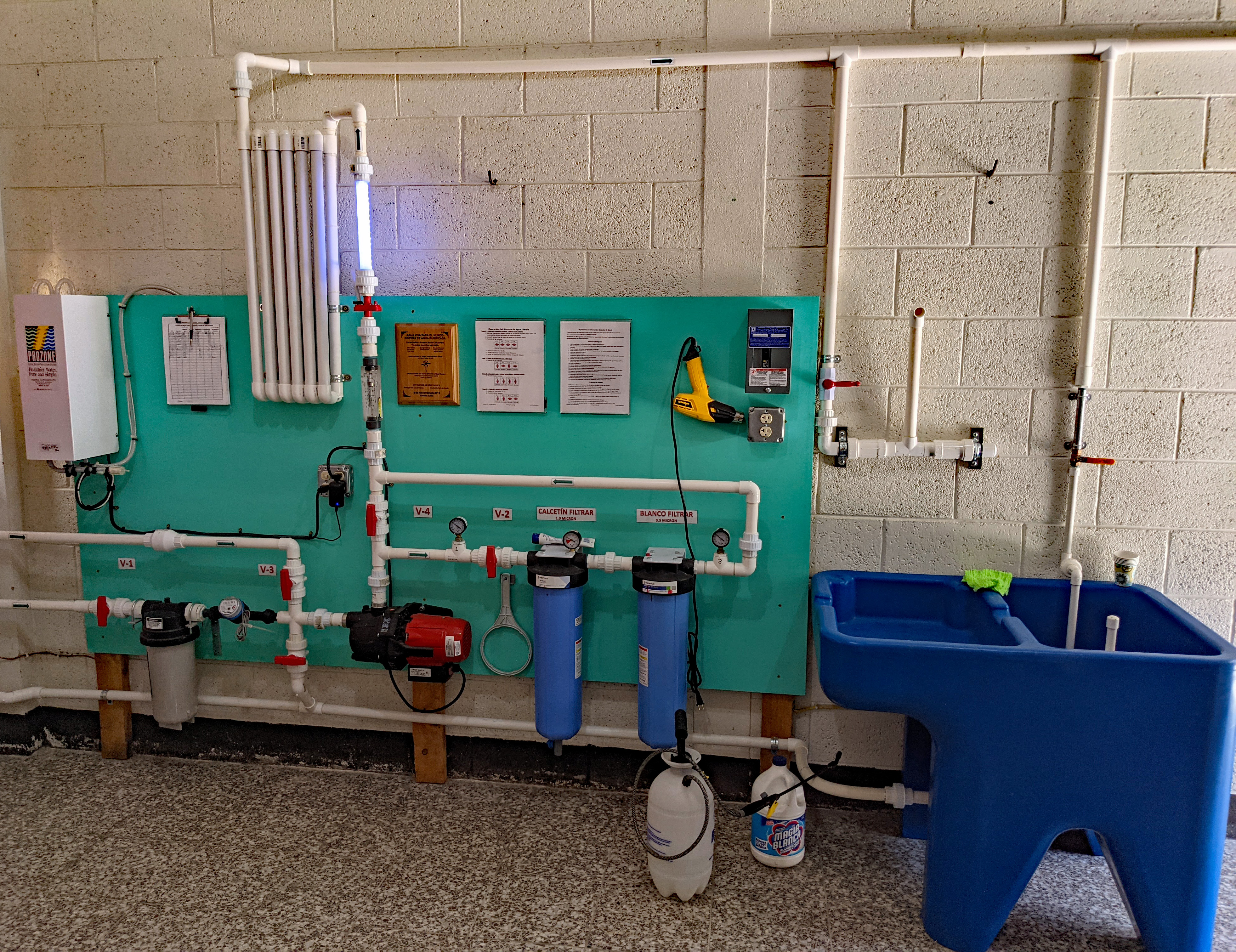 A VBS Ask Me Anything with Brian