“Do not tell me that you cannot make change. You just have to say something. Never be a silent witness.”    -Joanne Bland

"Movements are like jigsaw puzzles. Everybody represents a piece. Without your piece, the change puzzle would not be complete." - Joanne Bland 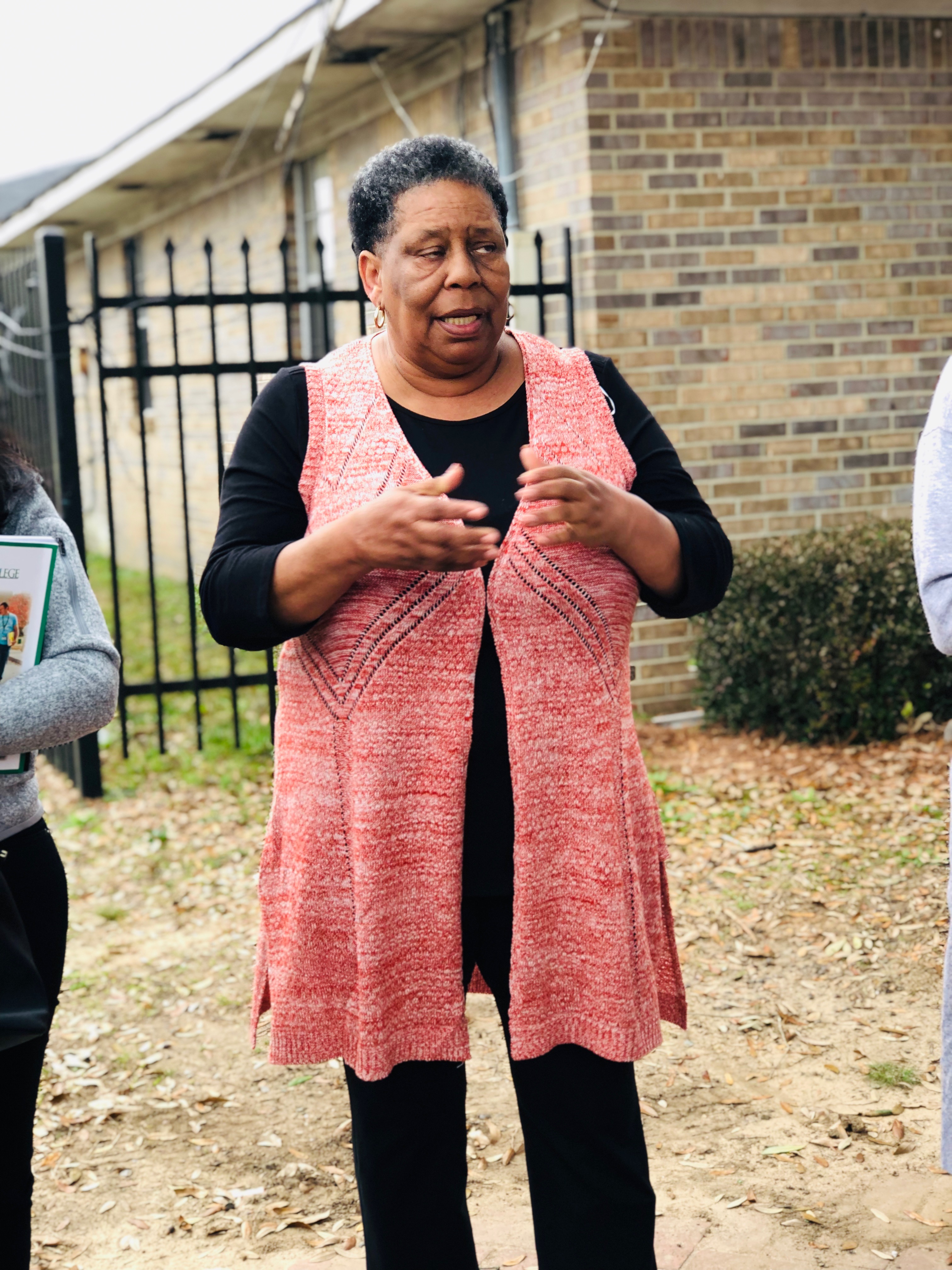 This morning we spent time in Selma, Alabama with Joanne Bland. Born and raised in Selma, Joanne is the co-founder and former director of the National Voting Rights Museum in Selma, Alabama. As a young person, she was a highly active participant in the Civil Rights Movement, and was the youngest person to have been jailed during any civil rights demonstration during that period.

She and her sister were largely raised by their grandmother. Her mother and her younger brother had died during childbirth. Her mother ran into complications while delivering and they had to go to a hospital in Birmingham for “black blood.”  By the time medical help arrived, both mother and child had died. 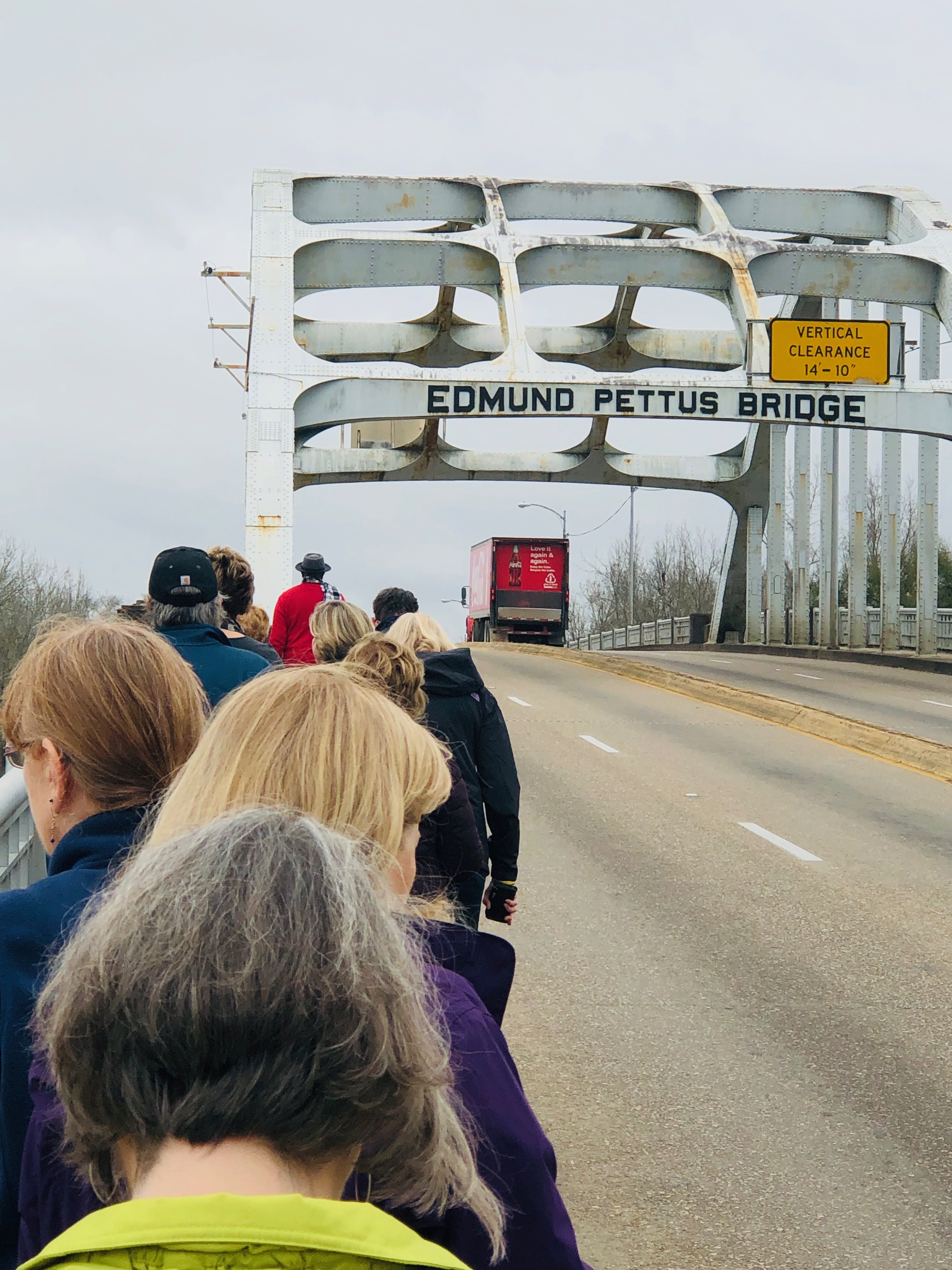 As a little girl Joanne remembers looking into the downtown window of a drugstore and seeing white children sitting behind the counter eating ice cream and wishing she could be one of them. Seeing her wishful look, her grandmother leaned down and said, “When we get freedom, you can do that too.” Joanne said, “In my mind I became a freedom fighter that day.” By the time she was 11 years old Joanne had been arrested 13 times. She and her sisters were present on the bridge on Bloody Sunday, as well as the two marches that followed on Turn Around Tuesday and the first leg of the successful March from Selma to Montgomery, experiencing the brutal beatings of marchers by police. Joanne recalls waking up in the back of a pick-up truck, having been beaten, her sisters blood dripping down onto her clothes.

Along with seven others, Joanne also integrated the white high school in Selma. Toward the end of our time she admitted, “Talking with people about my story and the history has helped me process the hate I felt toward those who hurt us. God has put me in a place to share with others so that I can be healed and so can they.” 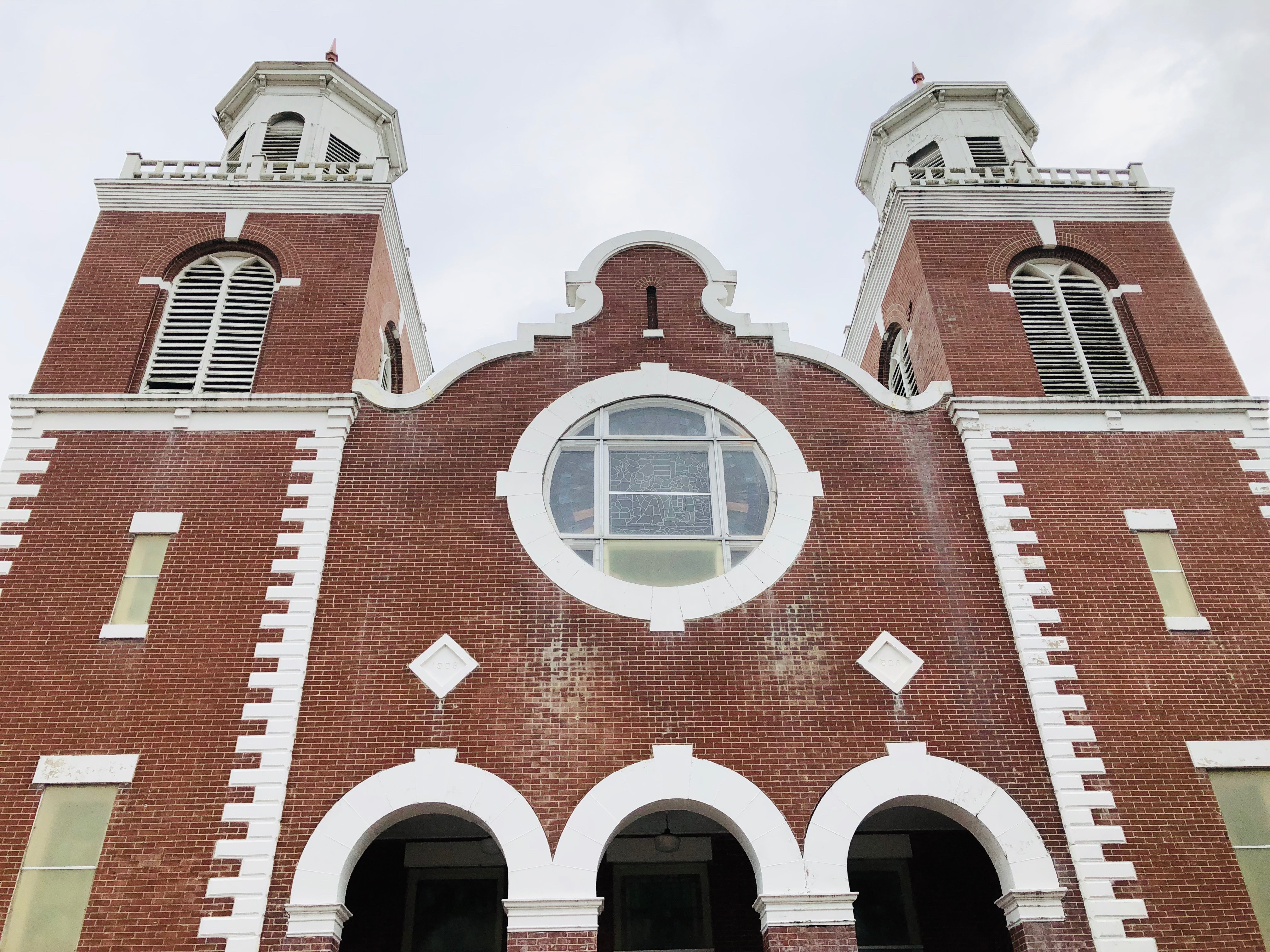 This evening, we experienced dinner and conversation with Valda Harris Montgomery who grew up down the street from Dr. Martin Luther King and his family. The families were friends and neighbors. Valda’s father, Richard Harris, was a Tuskegee airman and then later a pharmacist. During the Montgomery Bus Boycott (which lasted 381 days) Harris worked tirelessly to coordinate the volunteer carpool service that helped black residents get around town, offering his drugstore as a makeshift dispatch hub. A room on the third floor of the house that Valda knew as “the playroom” served as the strategy room for many of the meetings of the Movement. In 1961, her family’s home also served as a shelter for 31 Freedom Riders (including John Lewis), who came after a bloody battle at a Greyhound bus stop in Montgomery. Valda told us, “Growing up, this was normal life. It wasn’t until I was an older adult, that I realized all of these things had historical significance. To us, it wasn’t history. It was just life.”

Behind towering figures like Rosa Parks and Martin Luther King Jr., were everyday people whose courage and daily choices made change in our country.

Standing on a concrete slab just down the street from Brown Chapel A.M.E in Selma, Joanne had us pick up a rock. She told us that this broken concrete was the place where John Lewis had gathered the marchers before walking across the Edmond Pettus Bridge. 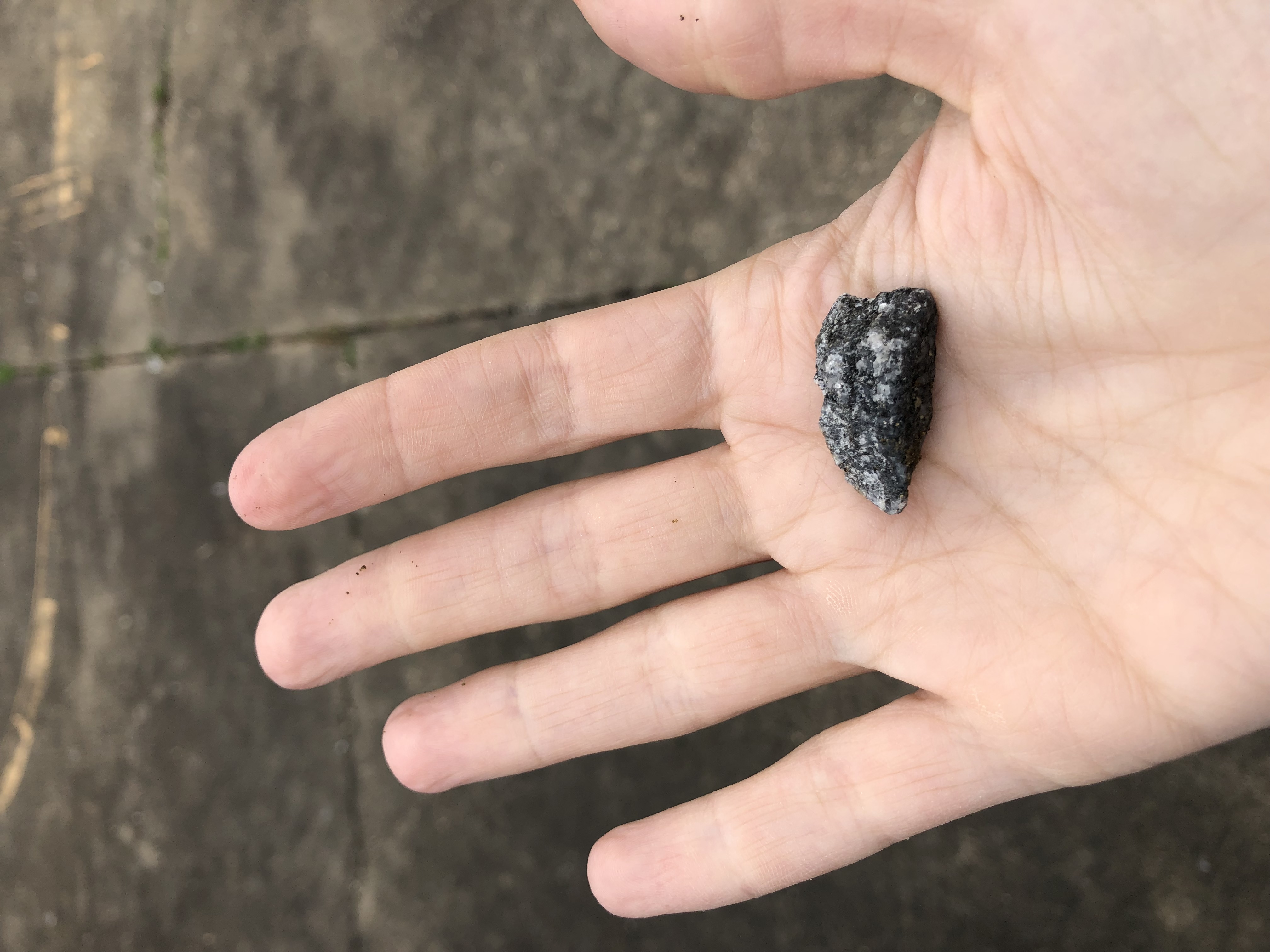 She said, “You take this rock home and you put it somewhere you can see it. And any time you see injustice against any human being, remember that rock and the people who stood in this place, and then get up and do something.”

A day filled with reminders of the power and responsibility that we all share.