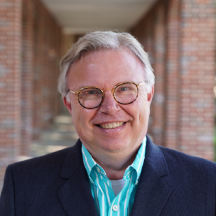 Steven (Steve) Jobman was called to be the Director of Music of Preston Hollow Presbyterian Church in July of 2015. Steve brings decades of experience in sacred music, choral direction and implementation of musical ministry for the very young. Steve has been an innovator and driving force in sacred music at every stop in his career including working with some of today’s finest composers.

In Davenport, he founded a yearly performing arts series which featured notable guest performers, as well as staged full-scale Broadway productions, including Godspell and Jesus Christ Superstar. He also founded the church’s Musikgarten program, which is a licensed curriculum of musical and spiritual foundations for infants, babies, and toddlers with their parents, a ministry he also brought to PHPC.

He has been executive producer of two PBS tapings of FPC Davenport’s Christmas concerts, which were then aired nationally in 40 states and the U.S. Virgin Islands.

Steve holds degrees from the University of Nebraska (Bachelor of Music in Education, Master of Music in Organ Performance and Choral Conducting/Voice).