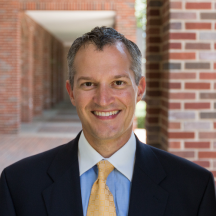 He was Director of Music & Arts at Highland Park United Methodist Church in Dallas from 2009 to 2014. Between his concert and recording engagements, Dr. Welch served as Artist-in-Residence at Christ Church in Plano, one of the largest Anglican churches in the United States. His premier recording is the first solo organ recording of the Cliburn Organ at Broadway Baptist Church. Most recently, Bradley and colleague Ken Cowan released Dynamic Duo, a recording featuring thrillingly virtuosic music for two organists.

Bradley is married to Kara Kirkendoll Welch, a flutist in the Dallas Symphony Orchestra and Adjunct Professor of Flute at Southern Methodist University. They have a son, Ethan, and a daughter, Avery.