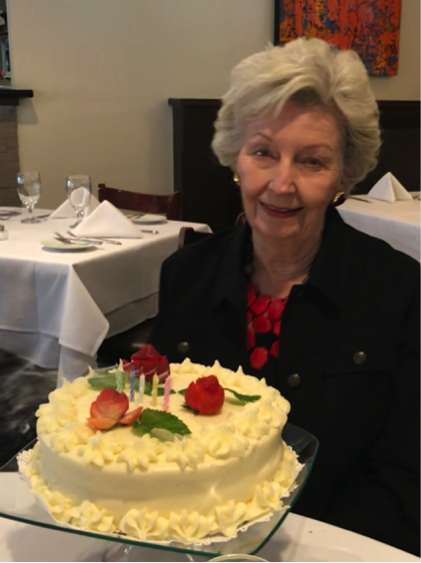 “I’m not the normal person,” said Charlotte Test as she reflected on her history with Preston Hollow, which spans six decades. She and her first husband joined as a young married couple in the early 1950s when the church had 300 members and met in Fellowship Hall. When he passed away several decades later, Charlotte married friend and fellow church member Don Test, with whom they had attended Cowboys games over the years. They were married for 35 years.

Shortly after the Tests had moved into Edgemere, a retirement community nearby, Charlotte read an article in the paper that caught her eye. It told the story of a choir program at Emmett J. Conrad High School – a Dallas ISD school in the Vickery Meadow neighborhood where PHPC had established a flagship mission some years before. “I just couldn’t believe it,” she says, “here were these teenagers from all over the world, who didn’t speak English, participating in this choir that was entering all kinds of competitions – and winning!”

Charlotte found the name and email address for the choir director and sent her a note asking how she could help. April Jones answered her with a simple request: the students had no choir robes, a situation Charlotte was quick to remedy. Not long afterwards, a group of choir members adorned in new outfits, appeared at Edgemere and sang in the lobby.

The next chapter unfolded soon after senior pastor Matthew Ruffner’s arrival at Preston Hollow, when he met with a group of Edgemere residents for lunch. He was seated next to Charlotte. As they got to know each other, Charlotte told him how she had been inspired by the story of the Conrad choir. “A couple of weeks later,” she remembered, “Matthew called with a grand idea to connect the choir members with the music program at PHPC.” And the Choral Scholars Program fund was born.

Today young men and women with a gift for music and seeking a foothold in a new country will have the opportunity to attend college because of the vision and generosity of Mrs. Test. “There’s real power in music,” she says. “Music can be the bridge between all different cultures and nationalities.”