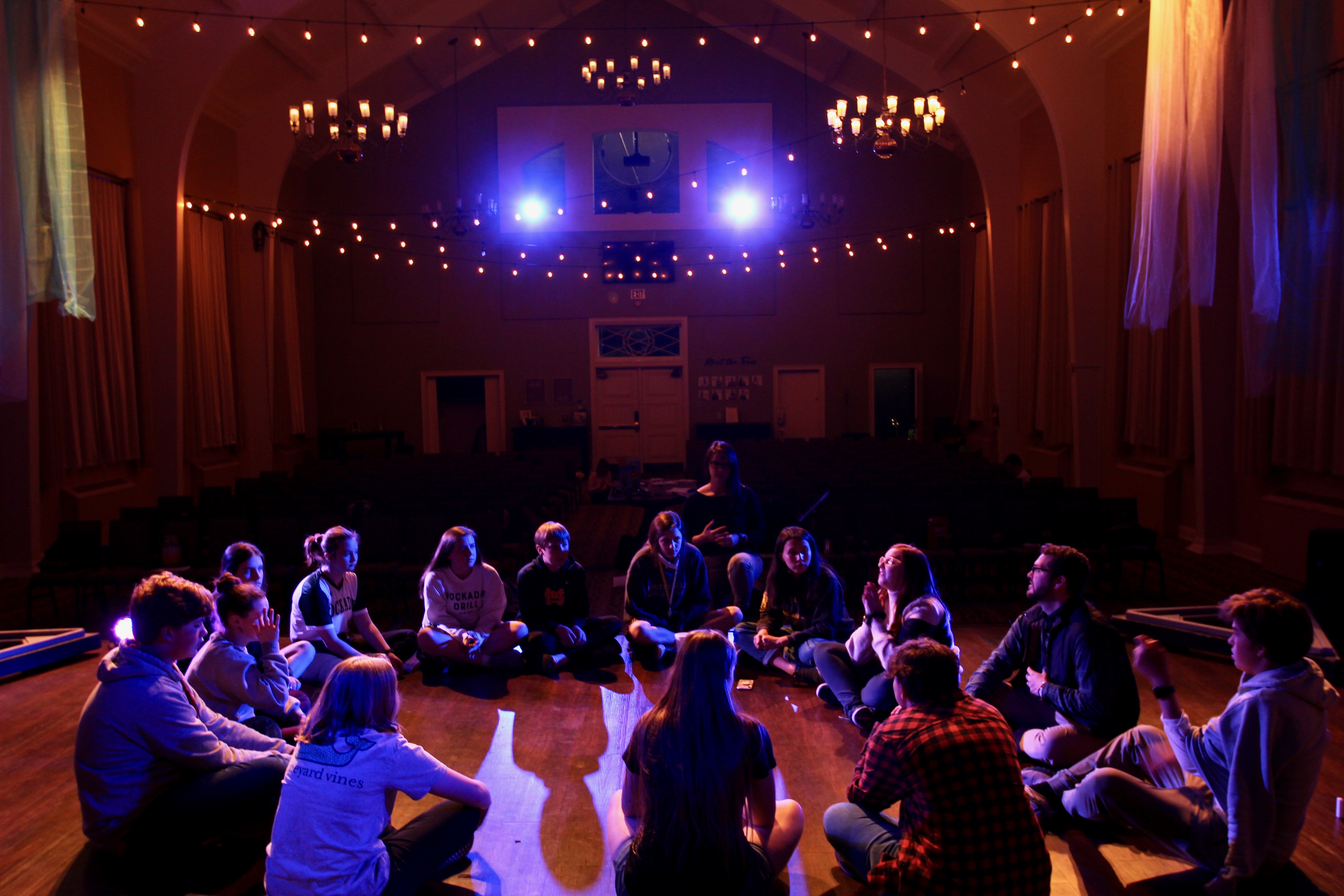 Why I Believe in the Youth Musical

We were on the bus to Montreat when I learned that Preston Hollow had a youth musical.

It was only a few hours into the drive before the youth, whom I had just met for the first time, began asking me “What show are we doing this year?!”

At first, I thought they were pulling my leg - some gentle youth pastor hazing. However, after much persistence, I realized the joke was not a joke. Preston Hollow actually had a youth musical.

So fast forward several months to find me choreographing dance numbers in my office, painting set pieces alongside my co-director, Kathryn Vernon, and googling how to build dragon costumes. Nothing in seminary had prepared me for this adventure, and there were several moments along the way where I asked myself “Why are we doing this? A musical is an incredible amount of work. Is it even worth it?”

However, then came show night.

All of the sudden I realized why we had poured hours upon hours of work into this moment. All of the sudden, I was able to see God in the silness, the craziness, and the joy that came with that experience. Here’s what I mean:

On show night I saw students who had struggled socially in the youth house thrive on stage. They shined in their new character, and there is something holy about watching a kid find their confidence.

On show night I saw dozens of kids sitting in the front row of Founders, scooting their chairs closer and closer to the stage, until they were almost on the stage. These little ones were quite literally looking up to our youth, and I couldn’t help but think about their cloud of witnesses.

I saw a congregation show up in support of our youth- sending the message to our teenagers that they are fiercely loved, and there is nothing holier.

I saw adults lend their gifts of creativity - helping to sew costumes and build set pieces, night after night, living into their baptismal promises.

And most importantly - I saw a group of teenagers having fun. In a state where suicide is the second leading cause of death for teenagers, having space for our kids to be silly, joyful and creative, cannot be underrated.

So this year, we have done it again. The youth team - Maggie, Zach and I, have worked diligently with Jessica Humphrey, our director, to pull together a show that will make you proud.

We have a talented and hard-working youth group. I could not be more amazed of the work our students have poured into this show, and I am so excited to once again, see the ways this show impacts our entire church- from the children on up.

Opening night is Friday, March 6. I hope you will be there to see the way God shows up; for I am convinced, this is an experience worth believing in.

You can purchase tickets for all three shows at www.phpc.org/frozen